Since its introduction at the start of Future Card Buddyfight Hundred, Hero World has been a wildly popular pick among players. For me, the card art is reminiscent of the masked heroes and super robot series that I grew up with, and I’m a real fan of the awesome mecha art. Plus, the spell names are all lines that you’ll hear from the aforementioned superhero/super robot series, which really add to the flavor of the world – as corny or cheesy as they might sound. 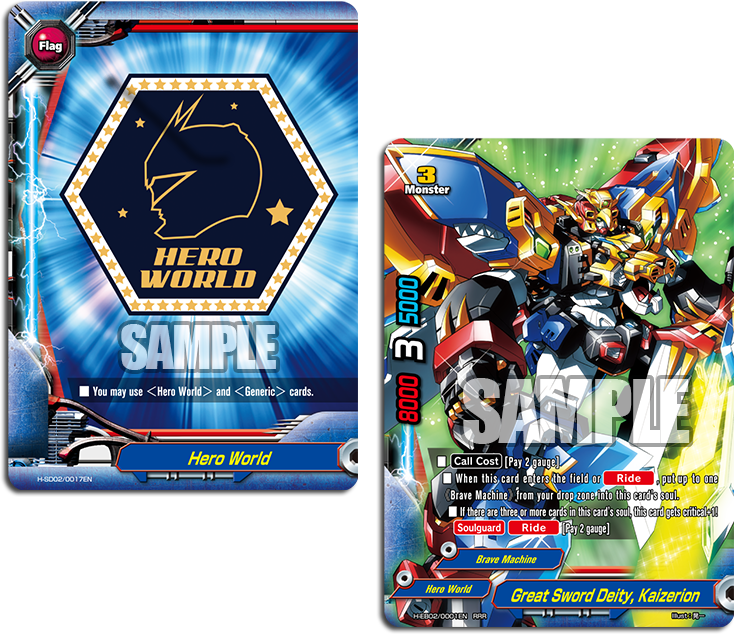 One of my favorite cards from Hero World is “Great Sword Deity, Kaizerion” (as the title would imply)! Kaizerion is a size 3 monster with massive offensive pressure, boasting 8000 attack and 3 critical. Kaizerion also gains an additional +1 critical when there are 3 or more cards in its soul. When you Ride it, you are also afforded 5000 defense, which protects you from most size 1 monsters and even some size 2 monsters. It also has Soulguard, which allows it some protection from item/monster destruction!

Plus, it’s a giant mecha that’s made up of several other smaller mecha. Combining mecha is best mecha. 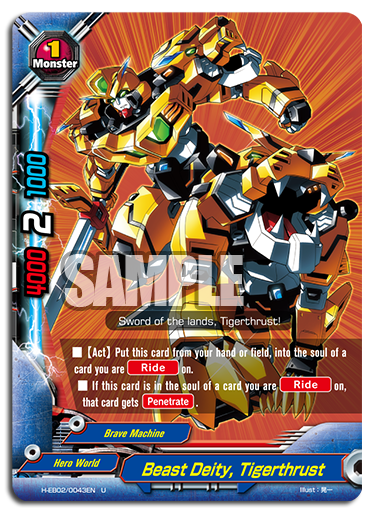 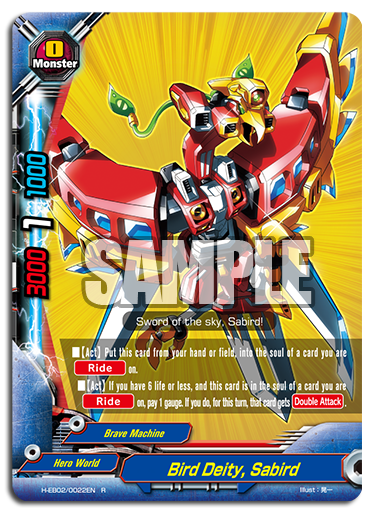 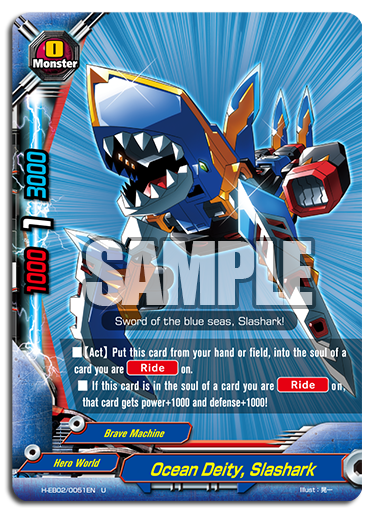 Despite its high attack, Kaizerion lacks the two key offensive abilities – Penetrate, and Double Attack. But true to the theme of combination, Kaizerion can gain those abilities through “Beast Deity, Tigerthrust” and “Bird Deity, Sabird“. By their own ability, Tigerthrust and Sabird can be put into the soul of a card that you are Ride on! Tigerthrust grants the card that you are Ride on Penetrate, while Sabird gives it Double Attack. If you fancy boosting your stats further, you can even play “Ocean Deity, Slashark” to give the card you are Ride on +1000 to attack and defense!

These cards will, in turn, synergize with Kaizerion and give it +1 critical from its own attack. 9000 attack, 4 critical, Penetrate and Double Attack? That’s basically what Danger World wishes its Weapons could have. 😛

The playstyle of a Kaizerion deck is simple – summon Kaizerion as fast as you can, and protect it with everything you’ve got. 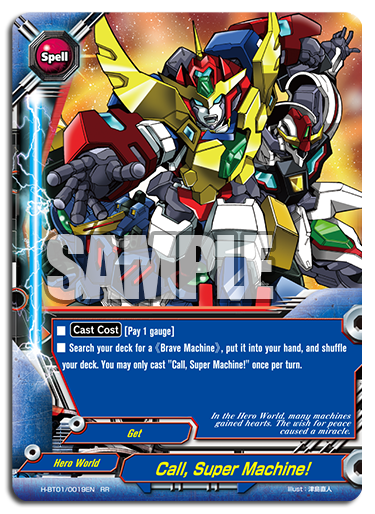 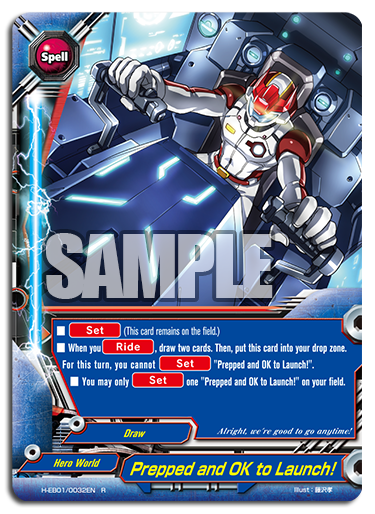 Prepped and OK to Launch! 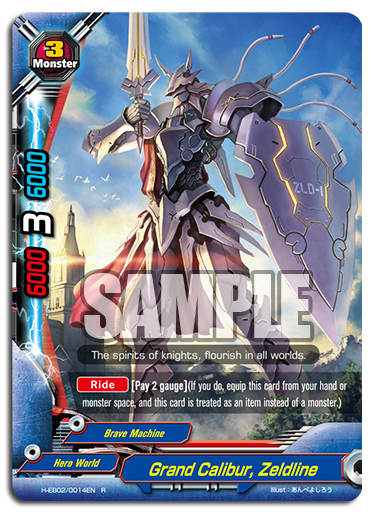 To that end, play Spell cards like “Call, Super Machine!” in order to search your deck for either Kaizerion itself, or other parts of the combination. You can also include a few copies of “Prepped and OK to Launch!” as another tool to help draw out the right cards. To trigger its effect, I also included another unit with Ride, “Grand Calibur, Zeldline“, into the deck. Although Zeldline lacks the high base attack of Kaizerion, it has a slightly better defense, and it still packs 3 critical! Zeldline can be used as an alternative to Kaizerion, or can be used until you draw Kaizerion! It doesn’t have Soulguard, however, so it’s best not to over-commit and put too many cards in Zeldline’s soul. 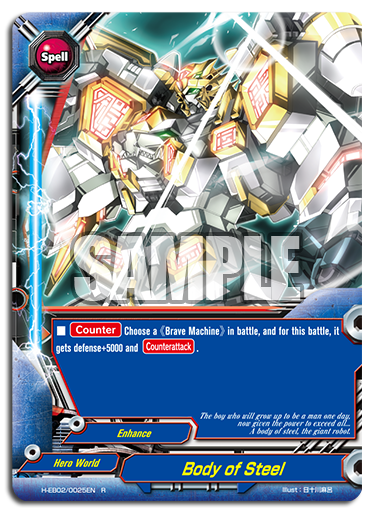 Another spell card that will improve the longevity of the player is “Body of Steel“, which gives a massive +5000 defence to a Brave Machine in battle and Counterattack at no cost! This means that attacks that total less than 10000 power won’t be able to get past Kaizerion, and you even get to destroy the attacker with Counterattack! 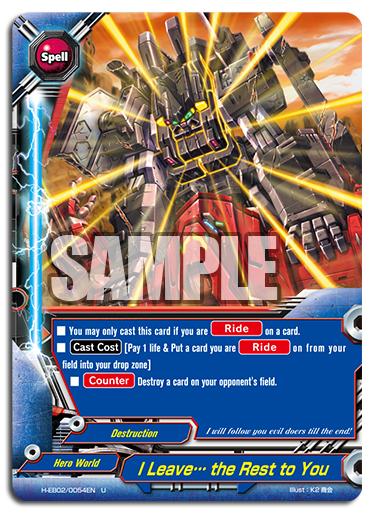 I Leave… the Rest to You

Another card that rounds out the power of the deck is “I Leave… the Rest to You“. It is a flexible card that allows the caster to destroy virtually anything on the field – from Set spells, to monsters, to even weapons and cards that are Ride or Transform! This flexibility comes at a cost, however – the player must be Ride on a card, and must put that card that he is Ride on to the drop zone. For Kaizerion, however, this is an affordable cost, because it has Soulguard! 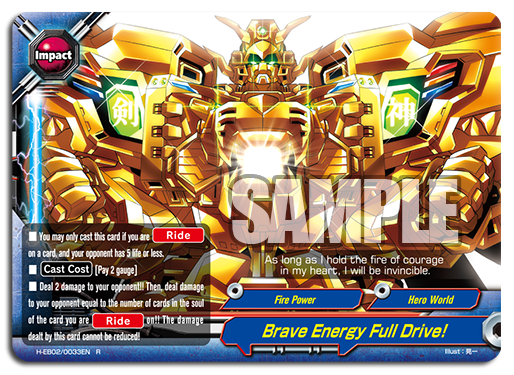 No super robot is complete without a finishing move, and that’s exactly what “Brave Energy Full Drive!” is. “Brave Energy Full Drive!” is unique in the sense that it deals 2 separate chunks of damage to the opponent – 2 first, then another chunk based on the number of cards in the soul of a card you are Ride on. This effectively bypasses protection from cards like “Brave Equipment, Glory Seeker“, “The Ark“, and “Dragon Return System” – if the first chunk of damage puts them to 0, these cards will activate and “revive” the player, yet in no time the second chunk of damage will be dealt! With 4 souls in Kaizerion, you deal a total of 6 damage!

So are you a Hero World enthusiast as well? Share with us your thoughts and comments!

Stay tuned to Buddyfight Buzz! Who knows, the next article might cover some favorite cards of your favorite world. Till next time, I, Ronin continue on my wanders.