With the World Finals concluding successfully on January 9, the Bushiroad World Championship 2015 has officially come to an end! Winners of the North America, Europe, and Asia-Oceania Continentals have travelled great distances to Bushiroad Headquarters in Tokyo—the very heart of everything, where Future Card Buddyfight was first created and developed—to compete for the title of World Champion! Reporting from the venue, we present to you the event coverage here on Buddyfight Buzz! 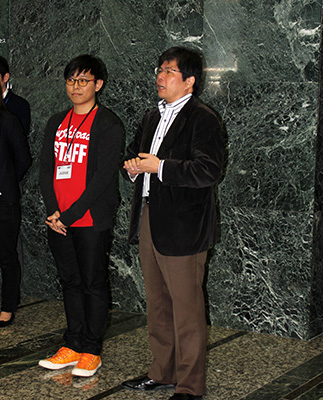 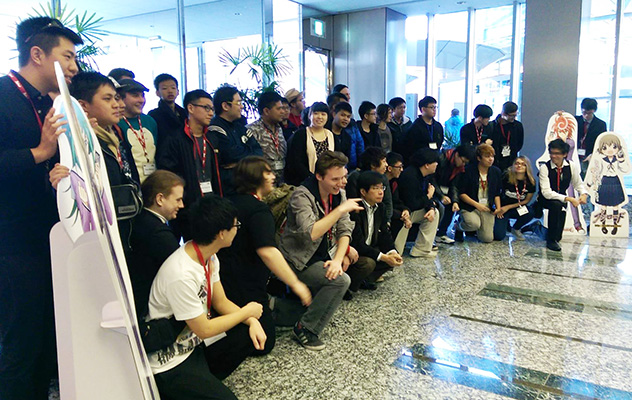 The event began with an short message from Bushiroad CEO, Takaaki Kidani (left photo) and all BWC2015 and World Grand Prix 2015 Finalists taking group pictures (right photo). Although the World Finals was an invite-only event, we had players’ friends and family coming all the way to the event to give some support.

For the Future Card Buddyfight World Championship 2015 Finals, we had four players using different decks in their bid for victory: 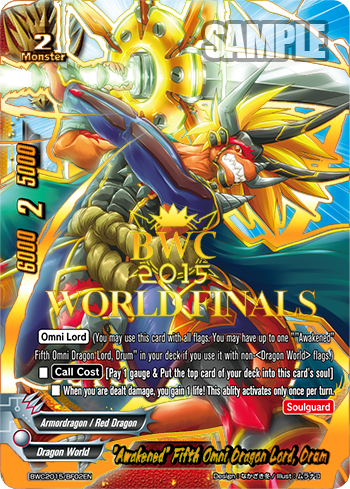 All finalists received this exclusive commemorative PR card. “The “Awakened” form of Fifth Omni Dragon Lord, Drum” boasts a sizable attack and defence for a Size 2 monster, and has the ability to let the player gain 1 life when the player is dealt damage! Moreover, many cards that support the Fifth Omni Calvary Dragons require the player to take damage, so this card can help to mitigate that damage taken! “Awakened” Fifth Omni Dragon Lord, Drum also has [Soulguard] to help it stay on the field longer! Given only to these four players in the World Finals, this hot-stamped version is definitely a super rare collector’s item honoring these Finalists’ gallantry! 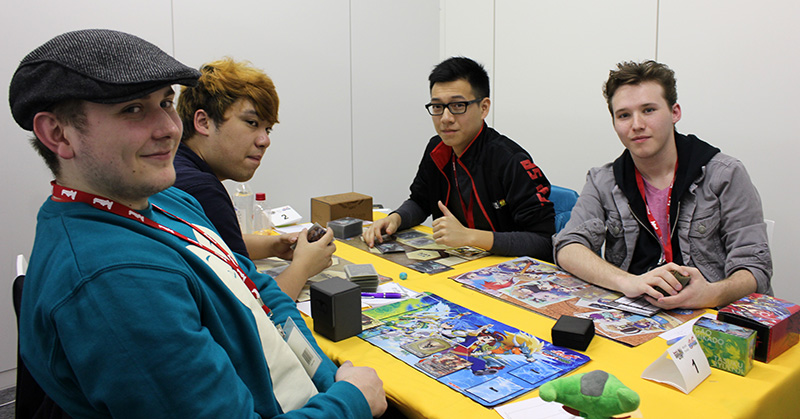 After four rounds of intense battles, Austin Somers from the United States was crowned the World Champion! We had the privilege of interviewing him after his win! 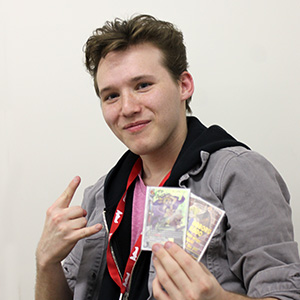 Q: What do you think about your opponents earlier?
A: Everyone is so on point today. Every victory I had was a really close one.

Q: Do you have a favorite card that you think has contributed to your victory?
A: Definitely. My buddy, “Dancing Magician, Tetsuya“!

Q: What is your strategy for your battles earlier?
A: Very, very aggressive play. I try to finish up my opponents whenever there’s a chance to do so.

Q: Can you share how did you prepare for the World Finals?
A: I have been doing trial and errors with my Dungeon World deck, and for the past two weeks I have been play-testing against decks that I thought will be here; Legend World, Raging Spirits…

Q: What do you think about the event here in Japan?
A: All good. It is really nice that we got this room to ourselves (for the Future Card Buddyfight World Championship 2015 Finals), and being able to see Japan is amazing.

Q: What are you going to do later after the event?
A: I am be flying back to the States tomorrow, so probably I will just wander around Tokyo. No specific areas yet… *looks at Kevin Cho* Where are we going later, Kevin?

A: Okay, Akihabara it is for tonight!

Q: What do you think about the event here in Japan?
A: All good. It is really nice that we got this room to ourselves (for Future Card Buddyfight Tournament), and being able to see Japan is amazing.

Q: Since arriving in Japan, what did you find most interesting?
A: Winning the World Finals! (laughs) It is actually my first time being overseas, so it is interesting to see the different lifestyle here in Japan. Also, the air feels much cleaner compared to back home. The scenery is very nice, too.

Q: Do you have any word of advice for players who want to play better?
A: Do a lot of playtesting. The more you play, the better you get. You will get more experience.

Q: Are you going to attend the next Bushiroad tournaments?
A: Yes, definitely. I plan to compete in Bushiroad Spring Fest in California. I am going to give it my best. If I can win again that will be great, but if I don’t I won’t be too upset too.

Q:Anything else do you wish to say?
A: Stick to the deck you love, baby, because that’s the one that will take you home (laughs).

A: I have actually been playing this deck since the game came out, using the same Buddy throughout.

Thank you for your time, Austin! Once again, congratulations!

Take a look at this video of Austin’s Final Match of the World Finals! 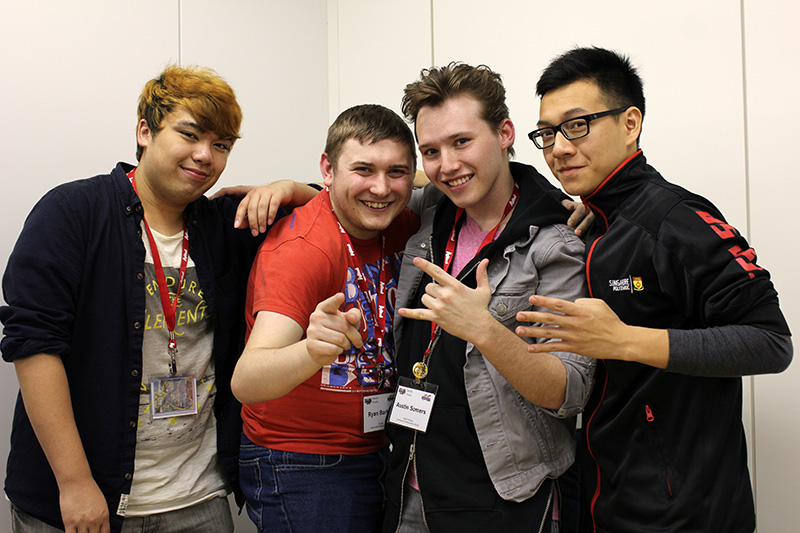 All smiles after their matches!

With this, we conclude the Bushiroad World Championship 2015 article series. We’d like to thank all players for your support for our games all this time, and hope you will continue supporting Future Card Buddyfight. Judging from the smiles on everyone’s faces, we’re glad that everyone had fun! For those looking forward to the next big tournament, look forward to the Bushiroad Spring Fest 2016 which will commence in a few weeks’ time!

That’s it for today’s Buddyfight Buzz! Til next time, sayonara!