This event was formerly known as the Big Vanguard Festival (大ヴァンガ祭), an annual Cardfight!! Vanguard event that took place in Tokyo, Japan. Since 2015, Future Card Buddyfight has been incorporated into the festivities and the event has been reborn as the Vanguard & Buddyfight Ultra Big Card Fes!!!. This year, with more than 22,000 visitors in just over 2 days, the event was bigger and better than before!

Welcome to the festival!

2016 Vanguard & Buddyfight Ultra Big Card Fes!!! was held from April 30 to May 1, 2016 at the Tokyo Big Sight. This is a renowned location that has played host to many well-known Japanese subculture events, such as the biannual Comic Market, as well as the previous years’ Cardfight!! Vanguard festivals. 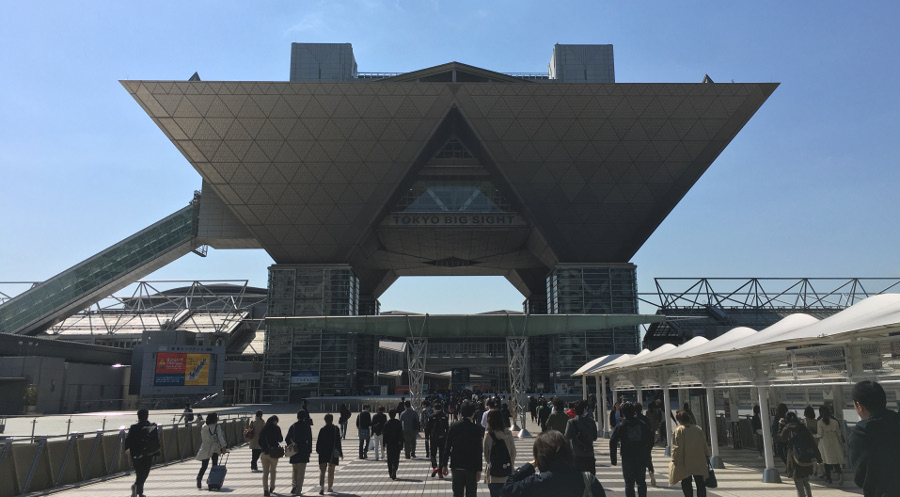 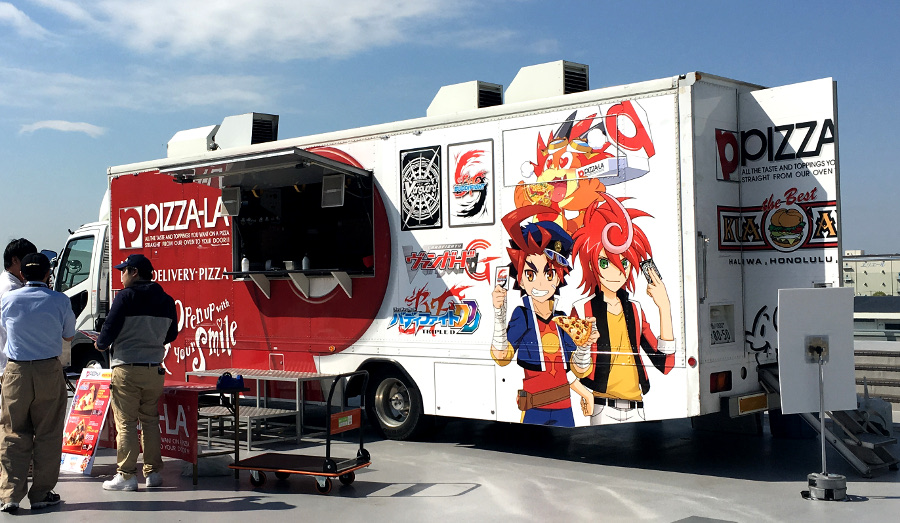 Right outside the event hall, a vast area was allocated to the “Food Corner”. Buddyfight and Vanguard protagonists Gao and Chrono were featured on this pizza van at the Food Corner, so I doubt anyone could have missed it! 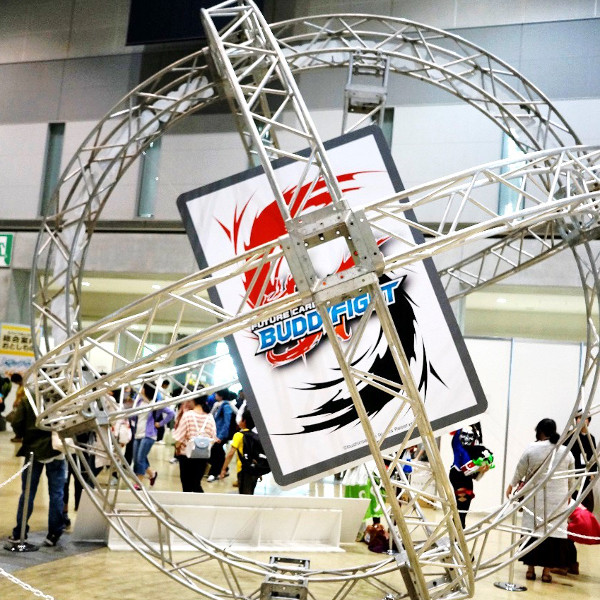 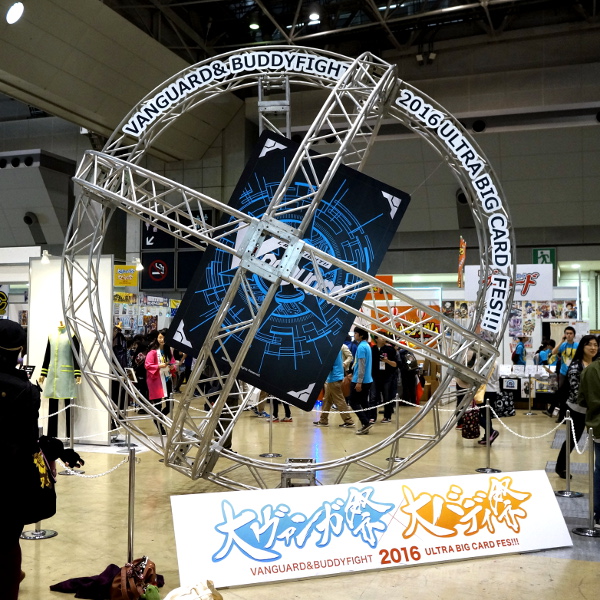 Another decoration that guests would definitely not have missed is the massive globe adorned with the Future Card Buddyfight card back by the venue hall entrance! For those wondering, the other side had the Cardfight!! Vanguard card back on it instead.

Fun activities for everyone!!

The event featured a plethora of Future Card Buddyfight activities for competitive and casual Buddyfighters alike. 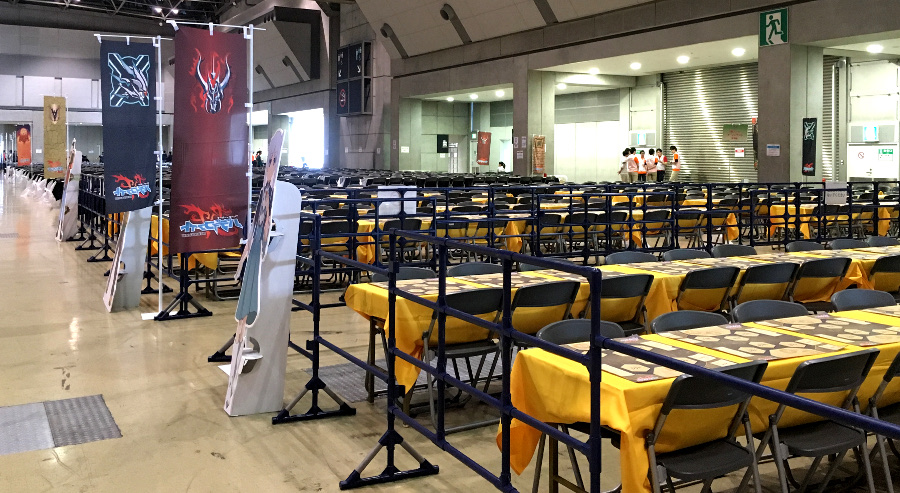 Players took part in various tournaments held in the halls, such as the “Strongest Bancho Championship” (最強番長決定戦) – a single elimination, best-of-1 tournament to determine who the strongest Buddyfghter was. Participants of the free fight event received different PR cards every time they completed a gauntlet of 3 fights. There were also tournaments catered toward families where children could enjoy Buddyfighting alongside their parents, as well as a tournament just for the ladies!! 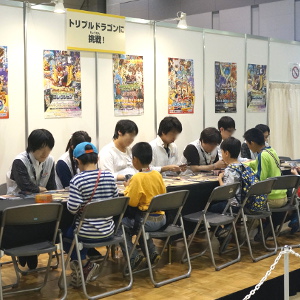 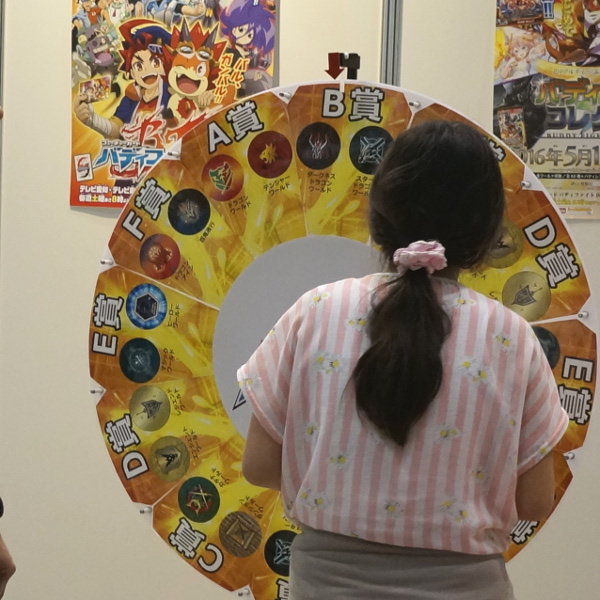 Besides tournaments, there were many other activities lined up for the attendees to partake in! There were “gunslinger” events, where players could challenge our game producers, the brains behind the various Bushiroad card games! Those who felt like they had the golden touch could try their hand at the activity booths scattered around the event, where there were many different types of prizes up for grabs!

For example, participants stood a chance to win a pack containing SECRET cards at just 500 yen a pop at the lucky draw booths! For those who were confident with their aiming accuracy, there was also the booth where one could try throwing balls onto Azi Dahaka’s three heads, and win different prizes based on the number of heads hit! Other products, like badges decorated with the Buddyfight World emblems were also available at these booths. 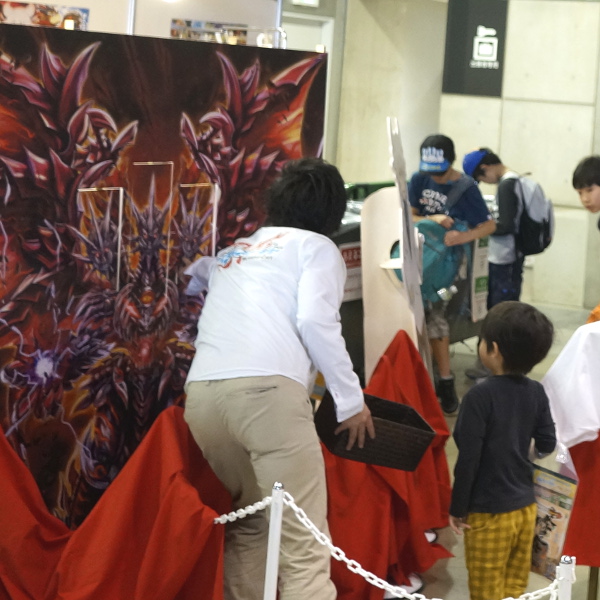 Knock down those heads and win prizes! 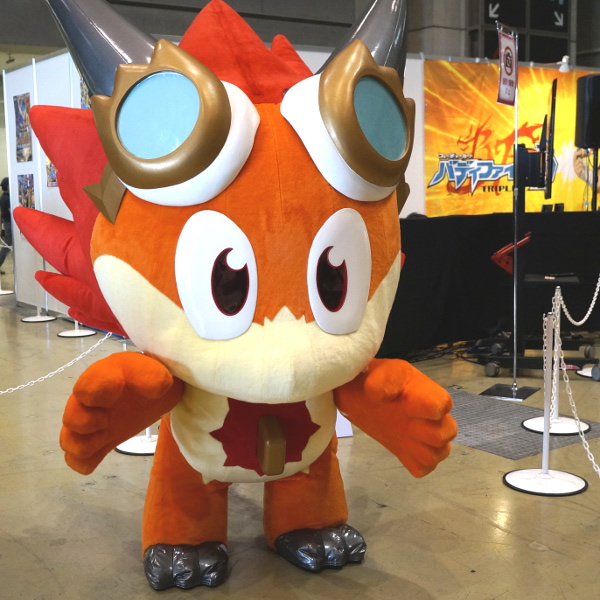 Meet the lovely Bal! Give him a hug~ 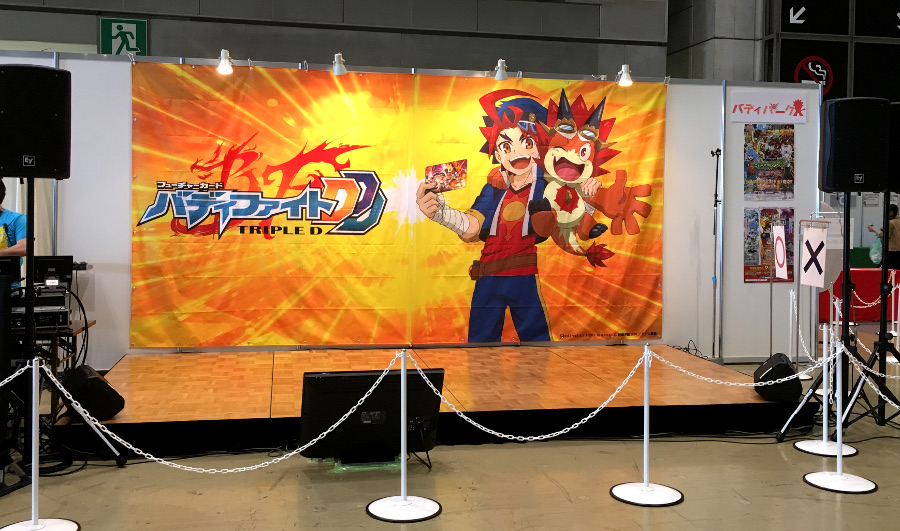 There were also numerous exciting activities taking place on this stage,
such as the “[Buddyfight Triple D] Special Stage” (「バディファイトトリプルディー」スペシャルステージ),
but unfortunately photo-taking was not allowed…
Check them out in person next year, ne~

2016 Vanguard & Buddyfight Ultra Big Card Fes!!! is an event oriented for players of the Japanese edition games, but if you happen to be in Tokyo while the event is ongoing you’ll definitely want to drop by! Bushiroad will be celebrating its 10th anniversary in 2017, so you can bet that next year’s festivities will be even better! For those looking to plan their trips, the 2017 Vanguard & Buddyfight Ultra Big Card Fes!!! is scheduled for May 6 & 7, 2017.

In the meantime, the Bushiroad Spring Fest regional qualifiers are still ongoing with just 10 more locations left. Do check this month’s tournament schedule below to make sure you got the right dates marked out! 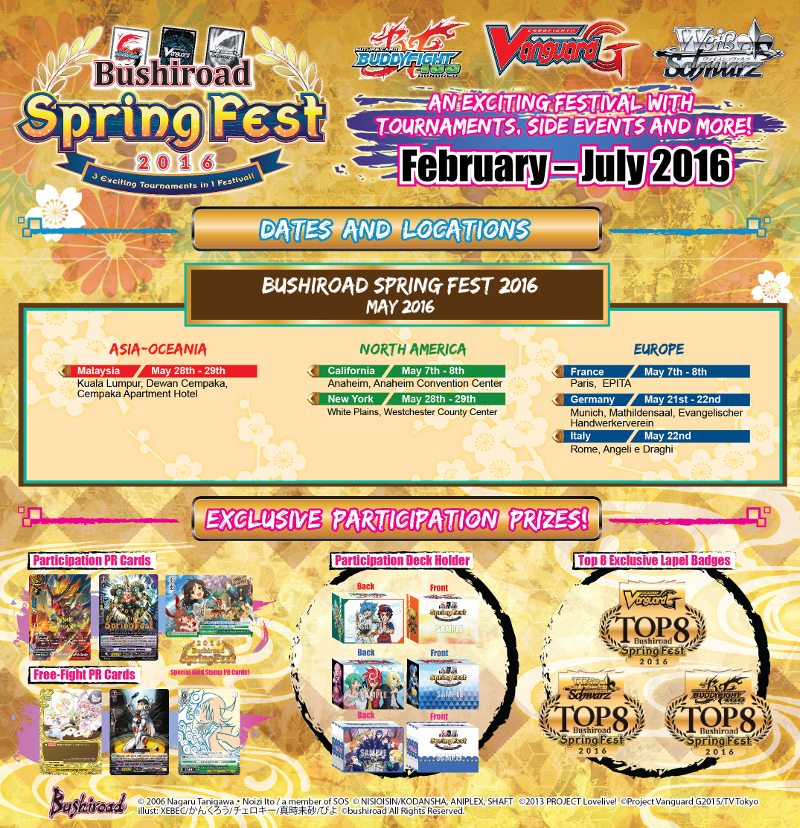 That’s all for today’s exclusive 2016 Vanguard & Buddyfight Ultra Big Card Fes!!! coverage! Do stay tuned to Buddyfight Buzz as we present to you more exciting news and updates from the world of Future Card Buddyfight.

Peanut
A Grain Legume Columnist
Peanut. Peanut oil. Peanut butter. Eat peanuts, draw peanuts, write peanuts, code peanuts and play with a white dog. Live on the ground, look into the sky, and hope to bring joy to everyone.