The alternative! A new power in your hand! Dance to a wild new beat with Buddy Rave! ヽ(⌐■_■)ノ♪♬

Today, we will be going through some of the new key cards from the D-EB01 portion of the booster! These cards are the powerful new RRR cards, and a couple of cool RR cards that I think will make very decent additions to your decks! 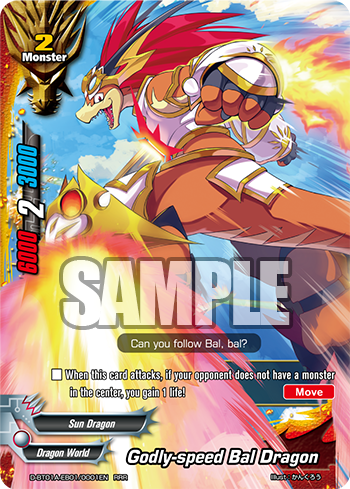 A costless monster that can greatly aid your defense! Use other cards to take down your opponent’s center, then gain life when attacking with this card! During your opponent’s turn, move it to the center to guard against attacks! 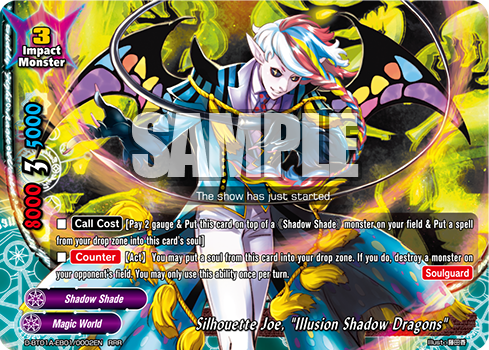 A powerful «Shadow Shade» that can be called during your final phase! With its powerful ability, this card is able to handle loads of attacks since it can easily destroy monsters that have the potential to take it down! You can even destroy a monster on the turn you call this monster! 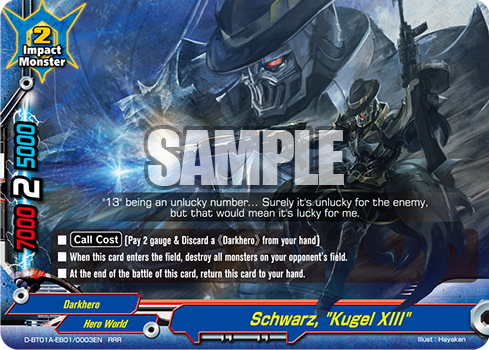 A super hard hitter for decks that runs many small sized monsters! Schwarz can constantly destroy monsters every turn, cutting down the your opponent’s handsize! Works especially well with “First Darkhero Hideout” from Hundred Extra Booster Vol. 2: Shadow VS Hero!! 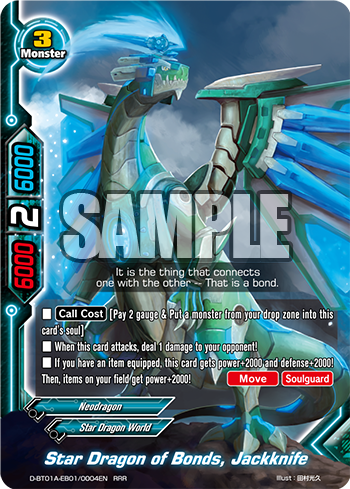 Here comes a great card that can easily maximize the potential of “Twin Star, Jack & Fang” from D-BT01 “Unleash! Impact Dragon!!”! As you equip the Twin Star, this card gets a major boost of power+2000 and defense+2000! Attacking with this card also allows you to easily deal 1 damage by an effect triggered by the ability of “Twin Star, Jack & Fang”! Wither down the life of your opponent with this trusty combination! 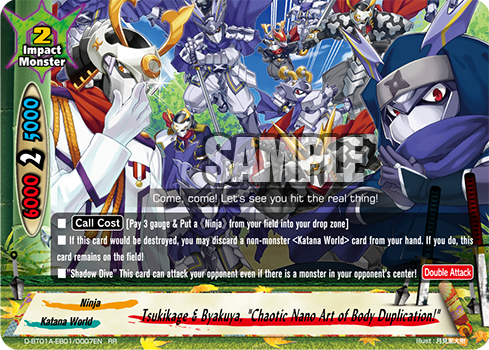 Though hefty in cost, the abilities of this card combines both Tsukikage’s versatility with Byakuya’s offensive finesse. Coupled with the “Nanomachine Ninja, Tsukikage” and “Nanomachine Ninja, Byakuya, you can unleash a powerful army of ninja attacks or a wall of defense!! Nin!! 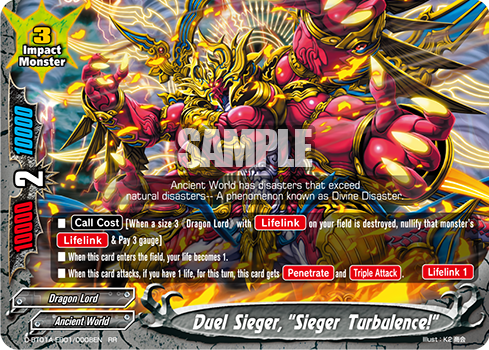 A card with mega solid offensive and defensive capabilities, as well as ultra cool artwork! Lay down a heavy barrage against your opponent, wave after another.

Take down all that stands in your way! ﾍ( ﾟ益ﾟ)ﾉ┌┛Σ(ﾉ´ω`)ﾉ

That’s the end for today’s write-up, folks! We have also covered some picks from the D-SS01 part of this set in this article, so do check that out if you haven’t!

What do you guys think about the new cards in this set? We’ve begun showing the new Superheroines, Caardians, Battle Poets and Ride-Changers in the Card of the Day reveals, too. Be on the lookout for more baddies, and may righteousness ever be in your favor (^_−)☆

Get your hands on these Box Topper PR Cards, too!

This Alternative Booster is releasing in less than two weeks and I’ll be back to soon review the third and last part of this set, the D-EB02 cards! Stay tuned!

Till then, keep on dancing to this wild new beat~ ヽ(⌐■_■)ノ♪♬