The Shine! Super Sun Dragon!! reveals the mystery surrounding “Super Sun Dragon”, the powerful monster which belongs to all three Worlds of the Dragon. Following the awakening of Gao’s and Tasuku’s Dragon Force, you will find Gaito’s Dragon Force card with Abygale’s new Impact Monster in this booster too! The character Miserea also returns stronger than ever, along with new support for cards and characters from the second season. This release also features additional cards for J Genesis’s deck that first appeared in the Golden Buddy Champion Box!

One of these 6 Flag cards is randomly inserted into each booster box. Collect them all!

Here are some of the key cards from the Triple D Booster Pack Vol.4: Shine! Super Sun Dragon!! 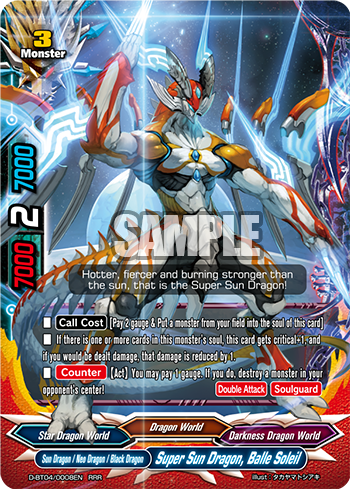 Hotter, fiercer and burning stronger than the sun, that is the Super Sun Dragon! Hold on to your chairs folks, you’ve seen it right! The Super Sun Dragon, Balle Soleil belongs to all three Worlds of the Dragons! This Triple World card can be used in Dragon World, Star Dragon World, and Darkness Dragon World deck! With its powerful abilities that allow you to reduce damage taken, earn an additional critical, and destroy the opponent’s center, the Super Sun Dragon is easily one of the strongest Buddyfight cards to date! 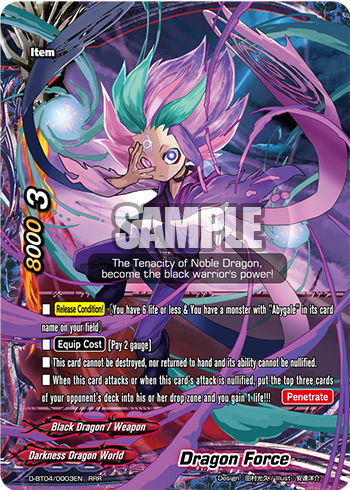 Following Gao and Tasuku’s Dragon Force from the previous booster set, Gaito finally awakens his Dragon Force! Compared to the other two, this Dragon Force from the Darkness Dragon World has the most formidable attacking power with its whopping 8000 Power and 3 Critical! Not only that, when its attack is blocked, you get to put the top three cards from your opponent’s deck to the Drop Zone and gain 1 Life! Have a taste of the black warrior’s power! 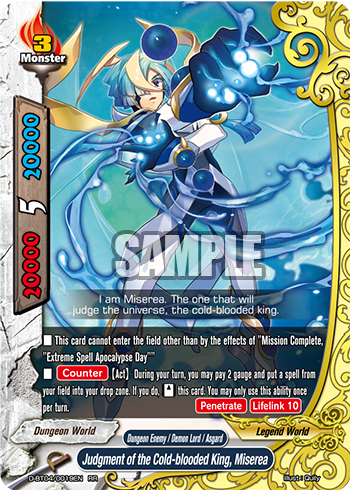 Miserea is back, now in the form of the Cold blooded King! With its 20,000 Power and 20,000 Defense with 5 Critical and Penetrate, this Miserea will surely make any opponent shiver! This card, however, can’t enter the field other than by the effects of “Mission Complete, “Extreme Spell Apocalypse Day””. On top of that, it has Lifelink 10, which means you will be in a pinch if your opponent somehow manages to destroy this card! 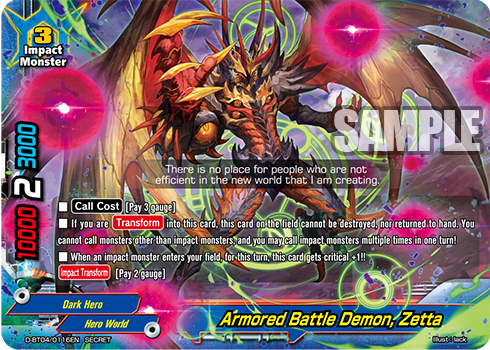 Did you enjoy playing J Genesis’ Innovation of Zetta deck from the Golden Buddy Champion Box? The Triple D Booster Pack Vol.4 “Shine! Super Sun Dragon!!” includes cards that can power up that revolutionary deck! “Armored Battle Demon, Zetta” allows you to call multiple Impact Monsters on your field, and for every Impact Monster entering the field, the card gets +1 Critical! A very useful ability for the Hard Impact Tactics!

The new booster is action packed with powerful cards to level up your decks indeed! Which of these cards are you most excited for? We hope you get all the cards you want in your pulls!