Bushiroad World Championship 2016 World Finals has finally concluded! On January 14 2017, the top 4 players from Continential Championship gathered on our Final Stage, Tokyo Japan, to determine who is the top buddyfighter in the world!

After rounds and rounds of intense fights, the World Champion finally emerged! We had the honor of interviewing the BWC2016 World Champion, Panos Sotiropoulos! Let’s take a look what he has to share with us! 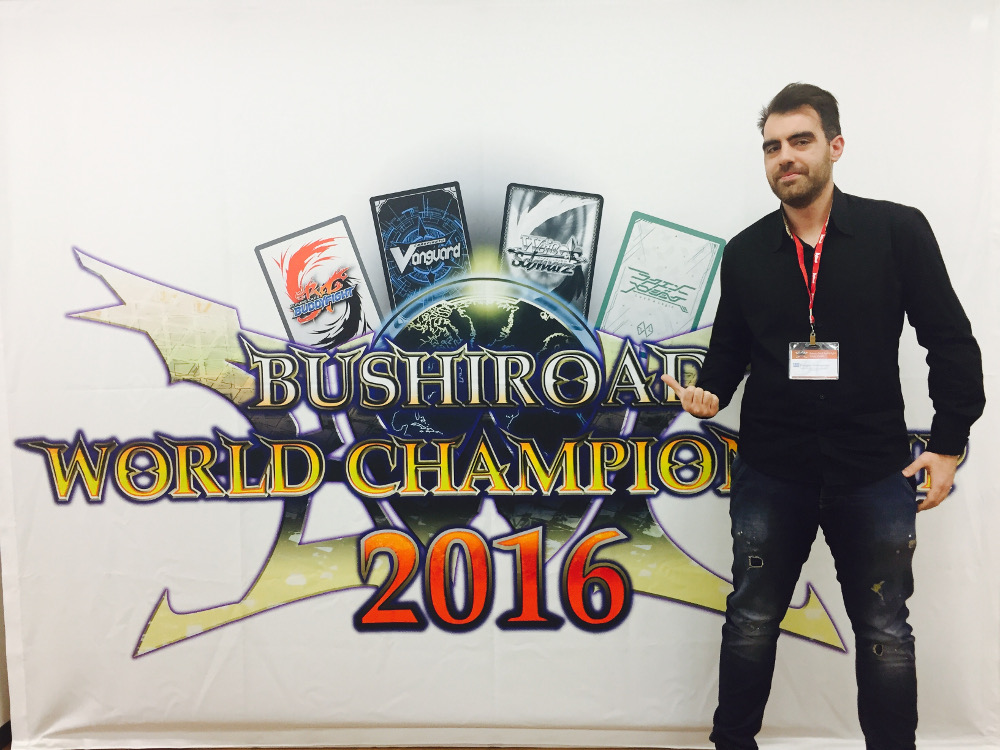 Q: How do you feel about the match today?
A: I feel like I’m on top the world right now! I feel really good about it. The final matches were really intense. I thought for 2 or 3 times. I thought I was going to lose. But my opponent would beat me to death. 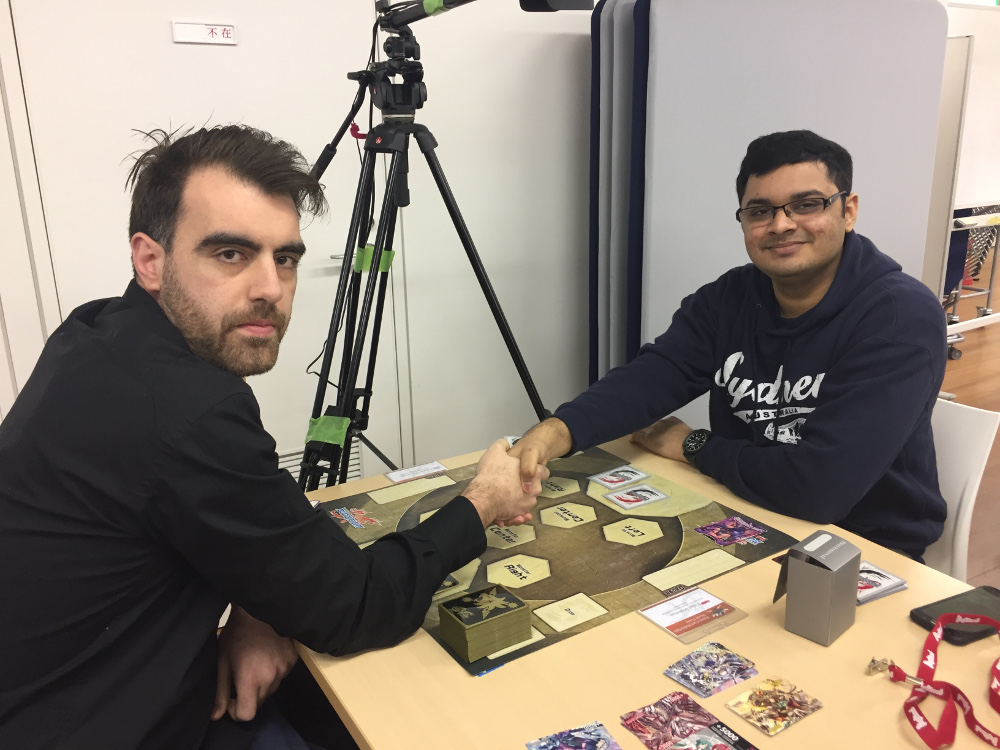 Q: What the best card that has helped you most today?
A: The most important card in general for my match was Tempest Jailer, Helle Cougar. Because that card really helped me beat the Dragon Zwei player, Austin. But the most important card that has brought me to victory was this (showing Gagalgarios, “Prison Pyre Demonic Wave!”), because I used it 2 times in my final game, in my final match. Cause you really need to go fast against the Zetta. 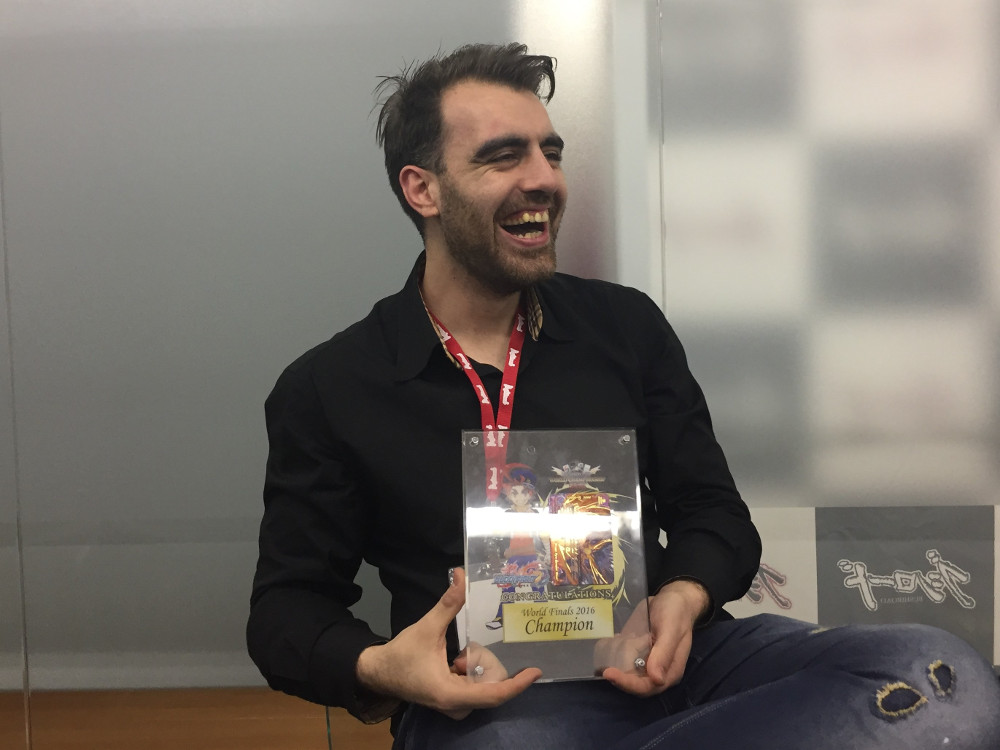 Panos showed us his best card during interview

Q: Do you have any advice for players who want to start Buddyfight and learn more about the game?
A: I think that you should play a lot at your home and play test with your friend because that’s gate to victory. That’s the key to getting yourself better, to learn how to build your decks better. It also raises your confidence. Try to be confident to take on the big stage and win. 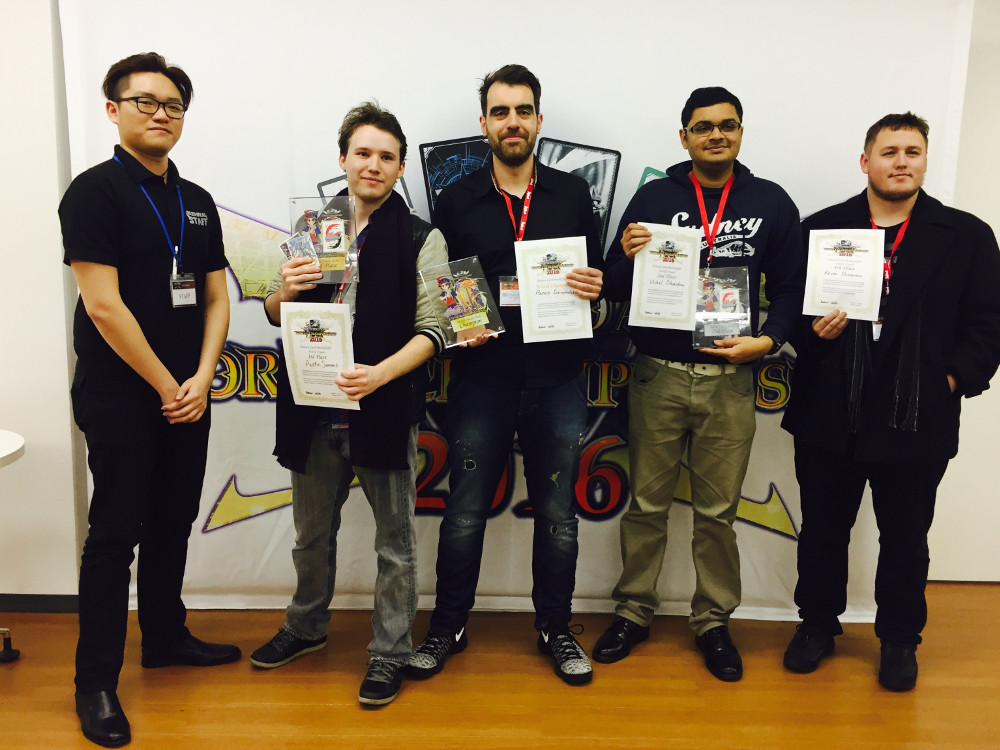 Lastly, let’s see what Panos has to say to his friends and family!

Thank you for your time, Panos, and we hope to see you next year!

Upcoming next will be Bushiroad Championship Series 2017! Do check out the event page and our Facebook page for the latest updates!

That’s it for today’s article folks! Stay tuned to Buddyfight Buzz for more event reports and exciting news! Until then, keep on Buddyfighting!

An avid card gamer who dabbles a little in every card game he can get his hands on. Considers weakness a sin. Thinks that the weak ones should just go home.