The final set of this season, the Triple D Climax Booster: Dragon Fighters releases this Friday! Raise a hand if you’re excited! For this climax set, every display will include 1 Secret Pack!

While it looks identical to other booster packs from the set, the secret pack contains special, high-rarity cards that are greatly sought after!

Four types of Secret Packs available, each one wielding the power of a main character from the animation. We’ll talk about each of these secret packs in today’s Buddyfight Buzz. Here goes! 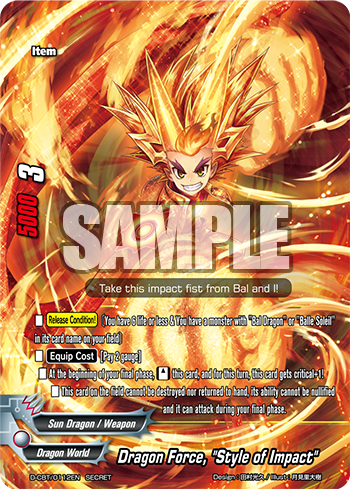 Wield the power of Gao’s burning fist! Its main card, “Dragon Force, ‘Style of Impact’” allows you to inflict a whopping 7 damage attack in one turn! This secret pack also features cards that will synergize well in your «Sun Dragon» deck, including the newly evolved “Shining Sun Dragon, Bal Dragon” and the highly sought after “Sun Dragon Shield” reprint card in a brand-new illustration. 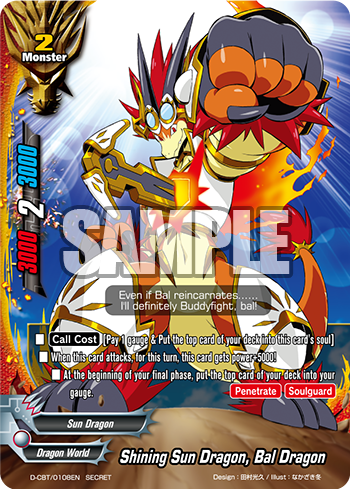 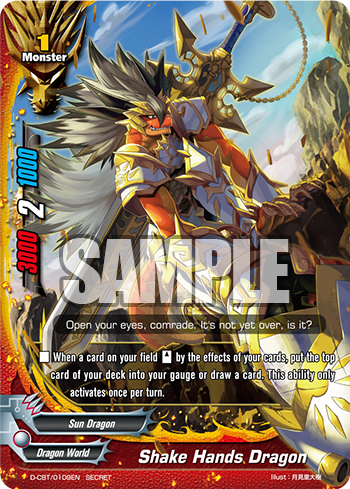 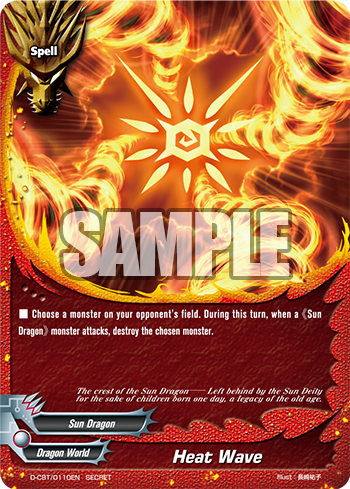 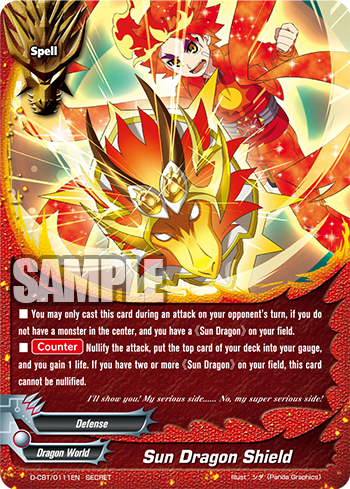 Wield the true strength of justice! This secret pack contains the “Dragon Force, ‘Style of Justice’”, which uses the power of friendship between Tasuku and his buddy Jack to abolish your opponent’s abilities! It also packs versatile support cards, such as the defensive “Dragonarms, Siltfighter” and the destructive spell “Liberate Shoot”! With this pack, the light to seal all evil could be yours! 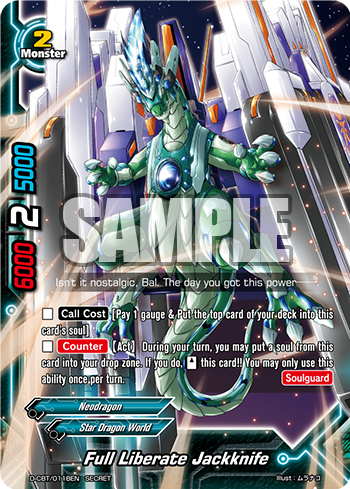 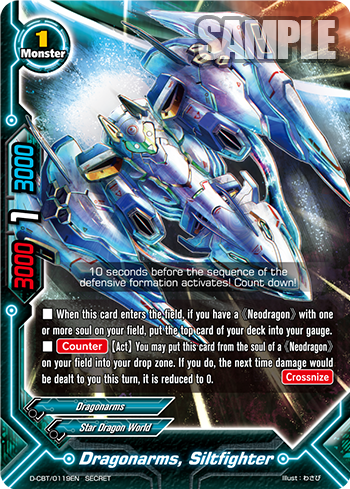 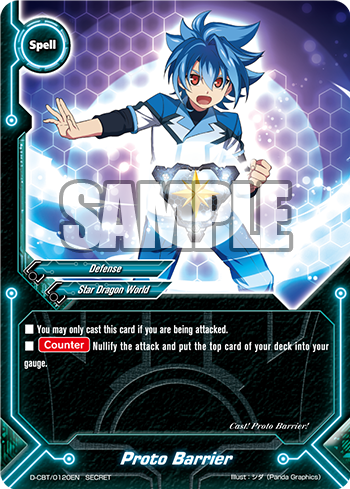 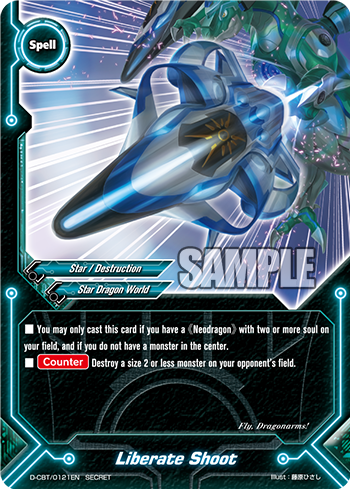 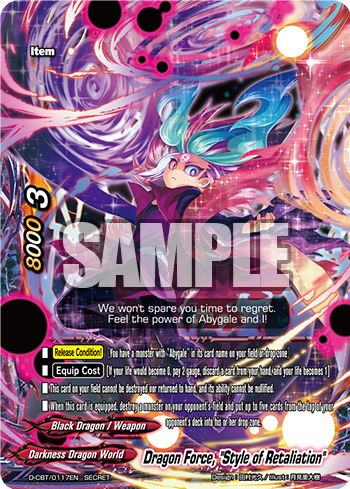 Turn the tides with Gaito’s secret pack of retaliation! The pack includes the newest Dragon Force from the Darkness Dragon World, which allows you to make a comeback from the brink of defeat and blow a huge attack! Other cards in this pack such as the adorable “Abygale SD” and “Black Cloth Blade” boast destructive abilities that revolves around sending opponent’s cards to their drop zone. Definitely right up the alley for «Black Dragon» players! 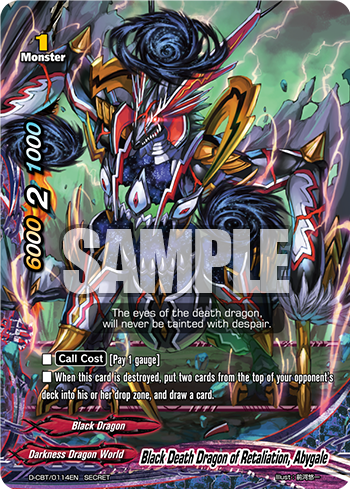 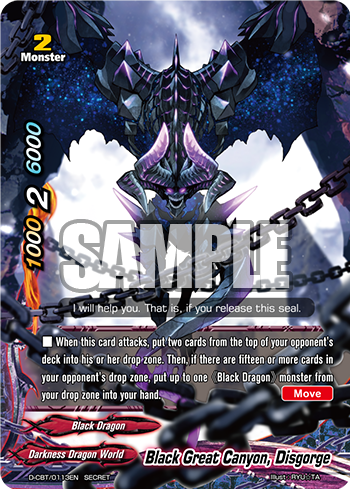 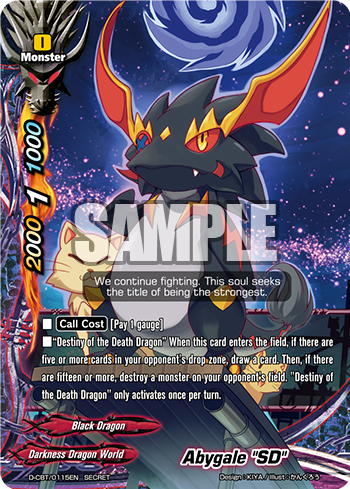 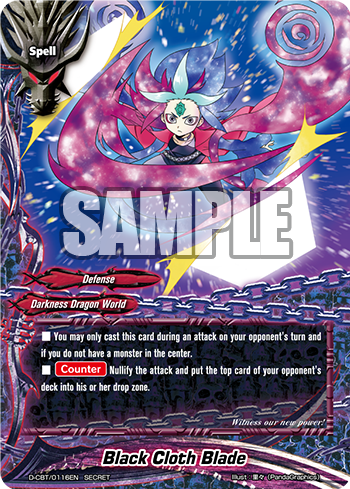 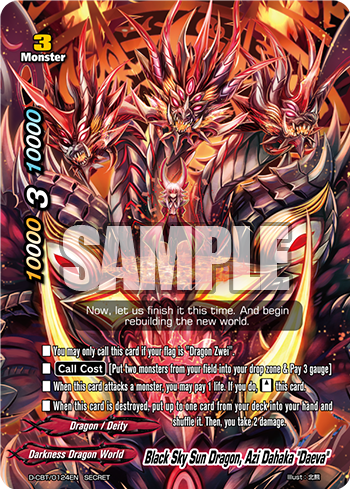 Destroy everything in sight with the Black Sun Dragon “Daeva”! The final evolution of Azi Dahaka finally takes the stage, set to obliterate all monsters on your opponent’s field in a single turn! Azi Dahaka’s faithful underlings that can maximize its power are also included in this secret pack, such as “Retainer of the Demonic Dragon, Fiellder” and “Spawn of the Demonic Dragon, Haarid”. Make sure to pull this secret pack to wield the power of this devastating last boss! What’s more, the “Black Sky Sun Dragon, Azi Dahaka “Daeva”” comes with an alternative illustration. Hope you’d be able to pull that as well! 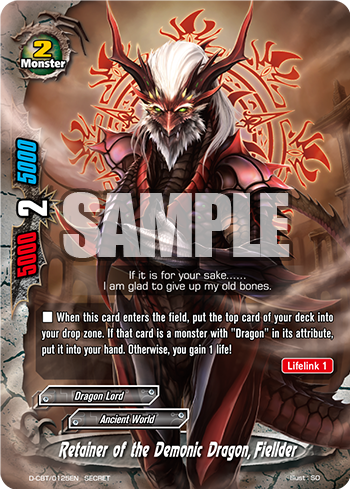 Retainer of the Demonic Dragon, Fiellder 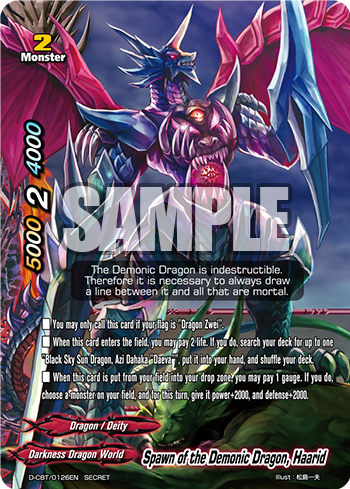 Spawn of the Demonic Dragon, Haarid 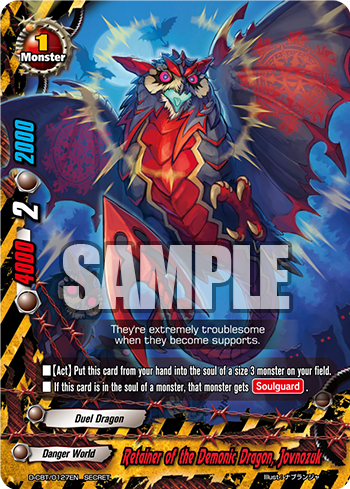 Retainer of the Demonic Dragon, Jovnozuk 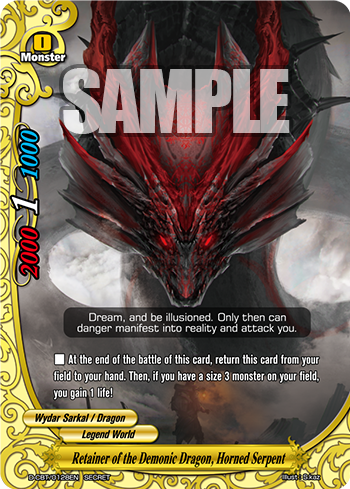 What an array of powerful cards! We hope that you’ll get the secret pack you fancy this Friday, February 24th. Meanwhile, like this Climax Booster, the storyline unfolding in the Triple D animation is reaching its peak! Keep your eyes peeled for the upcoming episodes, as these last few chapters of this season will be the most epic!

Till then, keep on Buddyfighting~