Birth of new decks from “The Dark Lord’s Rebirth”!!!

We’ve entered a new season of Buddyfight with the release of two start decks and the first booster set last Friday! The X Booster Pack Vol. 1 (X-BT01) “The Dark Lord’s Rebirth” is especially extraordinary, packed with new abilities that bring forth new powerful decks! Are you excited? I sure am!!!

In today’s article we will discuss four new decks that you can assemble from cards of X-BT01 “The Dark Lord’s Rebirth”! To help with your deckbuilding, we also feature the key cards from each deck!

Without further ado, let’s get started! 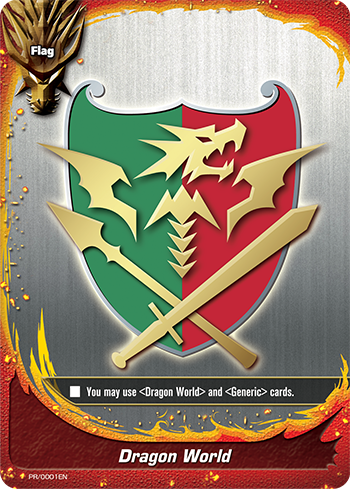 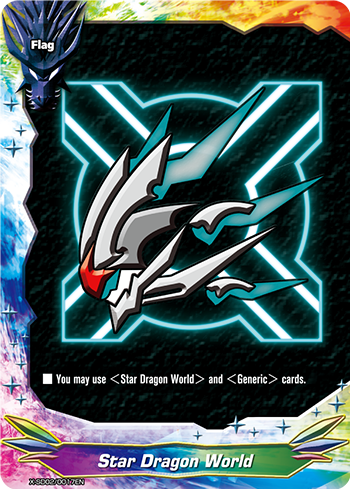 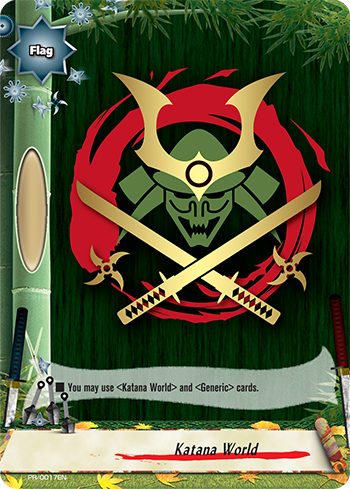 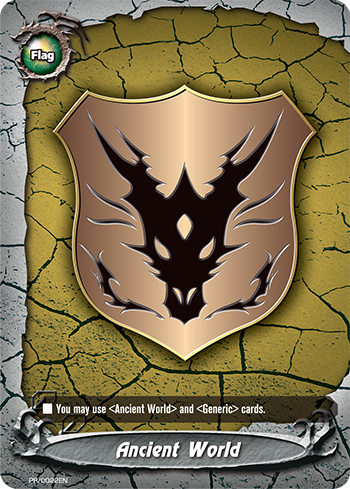 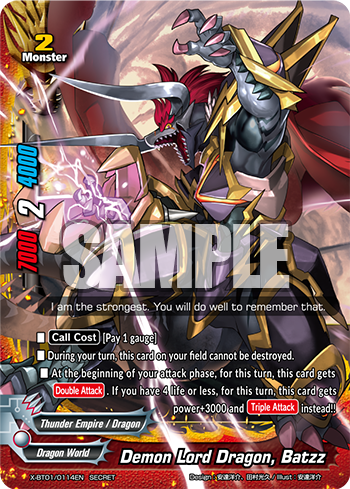 Trilight of the Black Sword 《Thunder Empire》 is a new attribute comprising of super aggressive cards that repeatedly blow attacks on your opponent. This deck typically revolves around Gao’s new Buddy “Demon Lord Dragon, Batzz“. The mechanics are simple and straightforward, so it’s great for new and seasoned players alike!

Supporting monsters in this booster are pretty solid too! Strike your opponent big time by pairing cards that add critical +1 like “Misfiring Demon, Globes“ and “Tactician, Krone” to monsters with [Double Attack] like “Trilight of the Black Sword“! With this power, even Dragon Zwei’s 20 Life can be quickly reduced to 0! Finish off with this powerful Impact! “Thunder Lance X Tempest Buster!” deals a whopping 5 damage and does not allow your opponent to revive (unrevivable)–for example, using “Dragon Force ‘Style of Retaliation’“‘s ability)–so your victory will be assured!!! 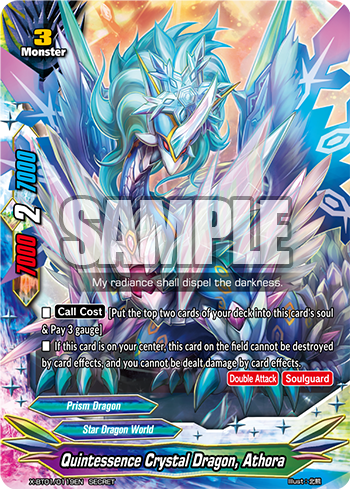 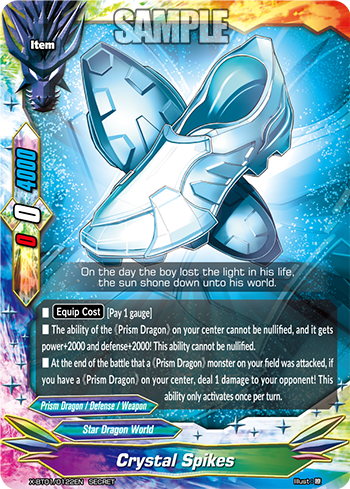 If you like playing control decks, then 《Prism Dragon》 is a new attribute you will enjoy! This new deck played by our new character, Kanata, boasts cards with high defense power that allow you to play steadily with a powerful size 3 monster on your center. For example, with “Quintessence Crystal Dragon, Athora” on your center and “Crystal Spike” equipped, you are practically protected by an iron wall of 9000 Defense which can’t be destroyed or damaged by card effects. There are also numerous cards to protect monsters, like ?Radian Shell” and “Brush Upper“. And when your opponent’s life is low, strike with the Impact card “Cristiano Crystal Shoot!” to win the game! Like Thunder Empire, Prism Dragon is also an easy-to-play deck so it is highly recommended for beginners! Sturdy Oni, A Lad from Kibi 《Oni Assassin》 is a technical deck that capitalizes on the new ability [Ambush]!

Begin with inserting a card with [Ambush] into the soul of another card on the field face down. The moment it is sent to the drop zone, the [Ambush] ability activates and you can call this card to the field! This reinforcement will surprise your opponent! “Oni Assasin” attribute also include cards with abilities that allow you to activate [Ambush], like “Hiding Oni” and “Underhanded Means, Sneak Attack”. This new mechanic allows one to set traps for surprise attacks, a fun ability we hope you will love to explore!

Definitely a special deck for fighters who loves to battle with intricate mechanics! There are also supporting monsters that helps you go through your deck faster like “Apprentice Underling, Kon Kon Kong”, and for easy-to-use items like “Stout Wrist’s Headgear”!

This deck’s playstyle is recommended for those who believes that “offense is the best defense”!
Behold the roar of the new invincible dragon!!!!

What an array of powerful cards! So which of these four decks is your favorite? Before we sign out, take a gander to the the SP rarity version of each deck’s key Buddy Monsters! 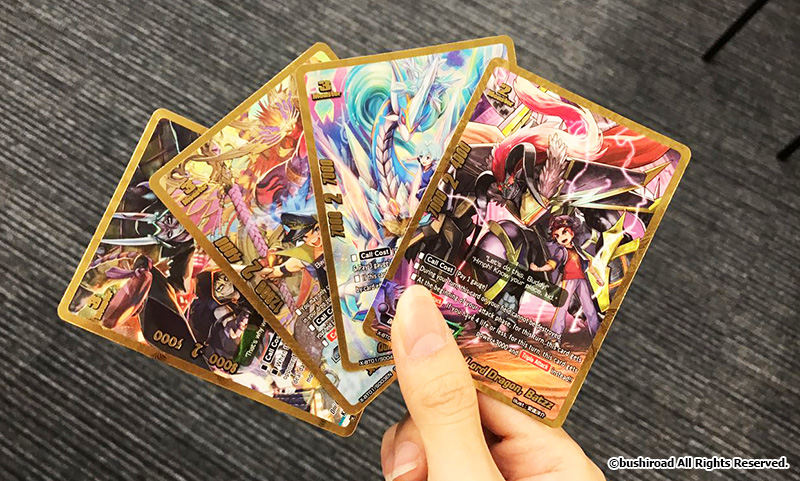 Hope you enjoy this piece! We’ll be back with more card reviews, so stay tuned to the next Buddyfight Buzz updates.
Till then, keep on Buddyfighting~