Thank you for playing and supporting Future Card Buddyfight!

After months of grueling investigations, the Buddy Police has decided to revise the Irregulars List. 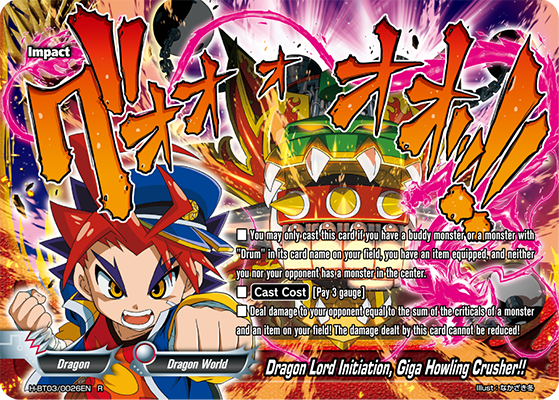 There is no usage condition listed that requires a certain number of life points, and the card’s ability allows one to easily deal 10 or above damage that cannot be reduced, even if it can be nullified. Hence, this card has been placed as off limits. 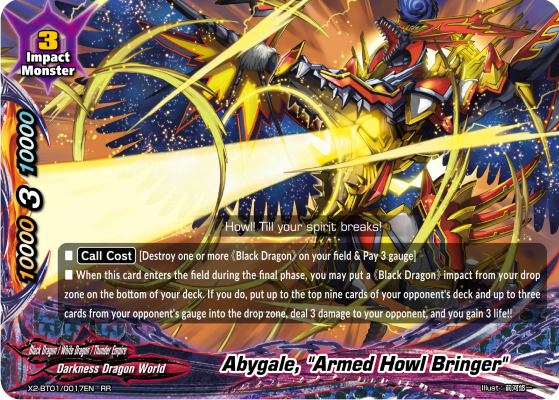 When these cards are in the soul of “Gemclone, “Origin Breaker!” “Re:B””, due to the card effects that trigger when entering the field, players can reduce their opponent’s decks by a significant amount and depending on the card effects, can deal damage to opponents as well.

Further to that, if these cards are in the soul of “Wind Demon, Cololoon”, after returning “Wind Demon, Cololoon” back to hand at the end of turn, “Gemclone, “Origin Breaker!” “Re:B”” can be Counter called back to the field, and the specified card effects can be triggered once again. Hence, this card has been placed as off limits.

The mission of the Buddyfight Development team is to create cards that contribute to a wide variety of decks, and to maintain a fun and comprehensive environment for all Buddyfighters. We sincerely thank you for your continuous support in Future Card Buddyfight.
©bushiroad All Rights Reserved. ©Buddyfight Project 2018/Aichi Television
Back to Page Top