It all began with those simple words.

Deep within the digital realm of Katana World, there was a shrine of the deity, where bored deity Izanami and her son, Susanoo, dwelled. 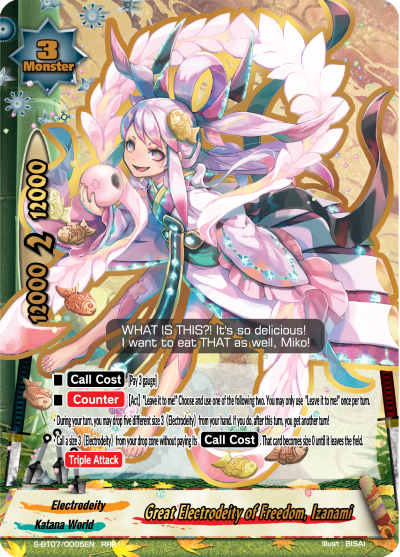 “Hey, Susanoo, is there anything interesting or fun going on?”

“Don’t ask me, Mother, I ain’t got the foggiest idea.”

“Well yeah, she lives over yonder on Earth now.”

“Ain’t you heard? She’s gone and become Buddies with a human on Earth.”

“That Amaterasu! I thought I hadn’t seen her around lately… So she was off doing such interesting-sounding things on her own, was she?”

Izanami’s eyes glittered as she said, with joy in her voice, “All right, I’ve decided! I, the great Izanami, am going to this so-called Earth to see for myself whether Amaterasu is carrying out her duties properly!”

In a corner of Cho-Tokyo stood a small cafe, [Cafe Mikono].

Within the cafe, Amaterasu suddenly let out a loud cry;.

The girl who ran to her side with an expression of worry was Amaterasu’s Buddy, [Miko Mikono], the only daughter of the cafe’s owners.

“Oh no, it’s not a big deal… or rather, it IS a big problem, but… my younger brother just contacted me, and…”

Amaterasu struggled to explain the situation, but it was too late. Cafe Mikono’s doors burst open, as if to interrupt Amaterasu’s words.

“Oh, welcome,” Miko greeted her with a smile, but…

Miko looked back and forth between Amaterasu, who was taller than her, and the young girl who had just entered, who was the same height as Miko herself.

“Indeed. I am Amaterasu’s mother, Izanami.” The young girl Izanami puffed out her chest as far as it would go as she proudly said those words.

“Amaterasu, is this true?”

“What dost thou mean, ‘regrettably’? After I came all this way, worrying about my little girl living all on her lonesome in a foreign land!”

As Izanami raised her voice angrily, Amaterasu scurried towards her. Amaterasu plastered an awkward smile on her face and began to speak quickly in an attempt to chase Izanami off.

“If that’s the case, then I have dear Miko with me, the most neat and tidy and well-behaved and adorable and most perfect Buddy ever, and so there’s no need to worry about me. So you can rest easy and head on back to our homeland, Mother. Yes indeed, the exit is right this way.”

Before Amaterasu had realized it, Izanami had vanished from before her and was looking Miko up and down as if to appraise her.

In the blink of an eye, Izanami became a burst of light and entered Miko’s body. This was Possess, a specialty of the Electrodeity tribe to which Izanami and Amaterasu belonged. When Possess succeeded, the Electrodeity was able to move someone else’s body as if it was their own.

Having used Possess on Miko’s body, Izanami moved Miko’s arms around a bit, and then nodded in satisfaction.

“Mother! What is the meaning of this?!”

“Oh, I just thought I’d check on the working conditions in this cafe, as thy mother. It’s like one of those ‘boss for a day’ things!”

“What?! There are many things I’d like to say about that, but first of all, there’s no reason that you need to use Miko’s body for that, is there?!”

“Ah, but this is more interesting and fun, isn’t it?”

“Not as far as I’m concerned!”

Even as they argued, the doors to Cafe Mikono opened again. This time, rather than a visitor from a parallel world, it was a customer.

Izanami leapt forward happily and approached the customer who had just entered.

“Well met! Thou art lucky indeed to visit on the very day that I’m in charge of the place. Now, now, sit down, no need to stand on ceremony!”

“Oh? Art thou an acquaintance of Miko?”

“Um, Yuga, there’s a very complicated explanation for this…”

Amaterasu appeared from behind Izanami apologetically, and began to explain the situation to the confused customer, Yuga Mikado.

“Indeed. If thou art an acquaintance of Miko and Amaterasu, I must serve you my most special menu items.”

“Uh, I just came to have my usual pizza…”

“My cafe’s most secret menu item, known as the [Izanami MAX END]!”

“Wait just a moment, I’ll make it right away!”

“Now that it’s decided, I must borrow thy kitchen!”

Izanami and Amaterasu vanished into the cafe’s kitchen.

Yuga was left alone in the cafe, hearing screams and shouts occasionally echoing from within the kitchen, such as:

“Here, this is the holy water that I stole… er, received from Mizuhanome.”

“Mother, that’s not for human consumption!” 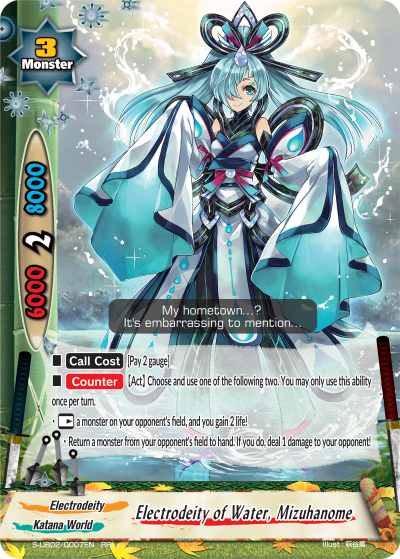 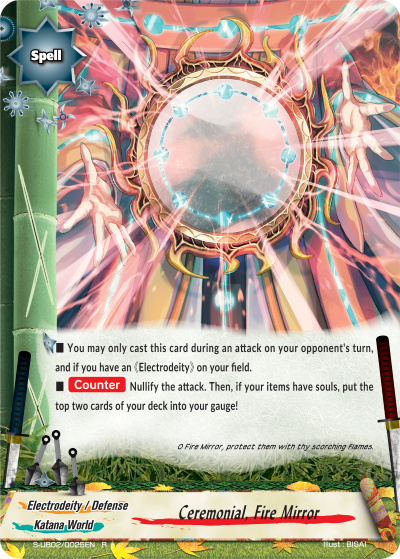 All Yuga could do was listen and grow pale in alarm.

“Here, thank you for your patience, indeed!”

Placed before Yuga was a bubbling bowl full of red stew. And for some reason, the ingredients in the stew were clearly sentient and moving of their own free will.

“Indeed. Mizuhanome’s holy water has the power to revive the dead.”

Izanami posed proudly with her hands on her hips.

“Now, eat up without standing on ceremony! Hurry, hurry, hurry!!!”

Yuga steeled himself, and dipped his spoon into the bowl. He scooped up some of the sludgy soup and quickly shoved it in his mouth.

Yuga dropped his spoon to the table.

And he spoke one word.

Yuga immediately picked up the fallen spoon and began to eat mouthful after mouthful.

“You see, a great success!”

As Izanami nodded in satisfaction, Amaterasu responded in complete exhaustion.

“Now then, Mother, I think it’s well past time you headed home–”

As Amaterasu began to say this, in the desperate hopes of being freed from Izanami’s company, the cafe doors opened once more, and the next customer entered.

Amaterasu’s troubles continued for the rest of the day.

“So sunny, so sunny. It’s another lovely day~!”

As she gazed out the window at the blue sky, she could hear the morning news program that happened to be on the TV at the moment.

“Now, for today’s special feature, we’ve come to the cafe that’s the talk of Cho-Tokyo, [Cafe Onogoro]! Word is that as soon as it opened just a few short days ago, it became incredibly popular with long lines down the block! Shall we go in and see for ourselves?”

Hearing a familiar word in the TV program that she was barely listening to, Amaterasu shifted her gaze from the window to the TV.

That was the name of Amaterasu and Izanami’s homeland.

“So we’d like to hear from the owner herself. Owner, tell us the truth. What is the secret to your popularity?”

“Indeed! That would be the dishes that only I can cook, using the ceremonial sacred tools passed down in my tribe for generations!!!”

There was no mistaking what she saw on the screen. It was Amaterasu’s mother, Izanami. Izanami, who just a few weeks ago had supposedly returned to Katana World, was for some reason operating a cafe on Earth.

As Amaterasu stood frozen in confusion, Miko came out from the back of the cafe.

“Oh! Isn’t that your mother, Amaterasu?”

“I hope she comes to visit again!”

“Really? I’d love to see her again~. Next time, I’d like to Buddyfight with her help!”

“Oh no no no, when it comes to Buddyfights, I can–”

As Miko and Amaterasu chatted, the cafe doors burst open energetically despite the cafe not yet being open.

It seemed that Amaterasu’s troubles would continue for some time. 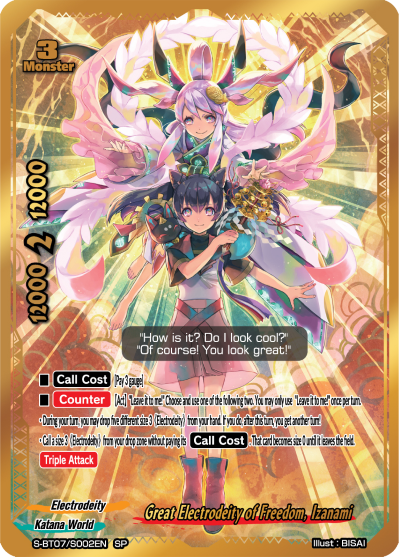